I hope everyone is making it through finals. This is a topic we discussed recently and Professor Smitka made a lot of interesting points with regards to the relationship between these two variables. I would like to tie my thoughts on this subject in with the federal budget discussions from earlier blogs. Our current deficit as a percentage of GDP is -2.3%, with spending at $3.76T and Revenues at $3.37T. Since we seem to be entering an era of periodic interest rate increases, with each such increase the budget deficit seems likely to expand. Professor Smitka does make the point that as long as loans roll over, the debt doesn’t necessarily present too bad of a problem. However, it seems likely that since the long-term US economic growth outlook appears sluggish compared to post-war growth, this new mountain of debt won’t be flattened out like the previous one. In fact, projections indicate that it will increase indefinitely. Is it possible that we are entering an era where indefinitely growing debt across the developed world is the norm?

We can complain about it all we want, but it doesn’t seem like any GOP administration is going to cut military spending or drastically raise taxes. Considering the fact that interest rates are going up, necessitating a larger portion of the budget to go towards paying interest, and the possibility that an eventual solution to Social Security might take the form of an increased percentage of the budget, some other allocations might be cut. The EPA and Department of Education are two of the departments likely to receive funding cuts from Trump. However, there are several other areas that are possible targets as well. The annual $51.6 billion in international affairs funding comes to mind. This alone represents a sizeable chunk of the $392 billion in annual deficit. There are several other options as well, including reworking the Home Equity Conversion Mortgage Program, DOE research programs, NASA, Amtrak, Highway funding, Forest Service funding, and Pell Grants to name a few. 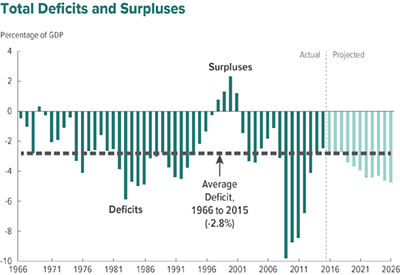 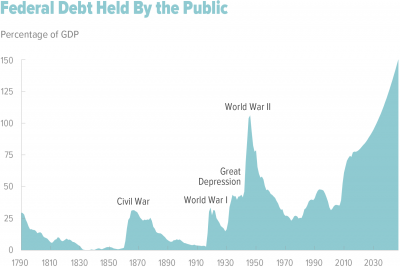